Constant hunger and a revolutionary approach to curbing it

You know what it’s like. You’ve just had a nice, balanced lunch, maybe even cleaned your plate, so hunger shouldn’t be a problem for the next couple of hours. Except, you could use a little something sweet to finish up the meal. Half an hour later and you’re back to square one, raiding the fridge and snacking on whatever else comes your way. It’s time to put a stop to this.

Aside from being potentially harmful to your health in the long run, constant snacking is a sure way to ruin any weight-loss progress. Whether it’s out of habit, due to stress or emotional distress, one thing is for certain: the never-ending urge to snack makes you consume much more calories and often results in weight gain. But how can you stop it when your whole body just wants MORE?

Wait, peptides? Let’s start at the beginning. Peptides are smaller versions of proteins, typically made up of 2–50 amino acids. DNF-10 are satiety peptides, derived from brewer’s yeast that has been proven to significantly improve the feeling of satiety and drastically reduce food intake.

They suppress appetite by letting your brain know you’re no longer hungry. To do so, they make use of the same communication channels your body does when trying to get you to eat more, playing the body at its own game – and in a completely natural way!

But how exactly do they work?

Similarly to how a burger and chocolate cake do – only it’s the other way around. While comfort foods act on your brain’s pleasure and reward centre, making you want to eat more, DNF-10 peptides act on satiety signals, reducing your hunger and cravings.

More specifically, DNF-10 satiety peptides lower the levels of (hunger) hormones, especially ghrelin and neuropeptide Y. With these two in check, your body no longer screams for more food, you feel more satiated and don’t think about eating so much. And the result? Curbed cravings, drastically reduced calorie intake and significantly faster weight-loss results!

HungerBlock EXTREME is an all-natural appetite suppressant that harnesses the power of DNF-10 satiety peptides and combines it with carob and bladderwrack extracts for even stronger effects.

4 high-quality studies, including a double-blind, randomised and placebo-controlled clinical trials, confirm that HungerBlock EXTREME can:

2. Help you lose around 9% of body fat* without losing muscle:

Those were the results people achieved after just 8 weeks of supplementing! And the best part? 100% of the weight they lost was actually body fat! Their muscles did not get affected by the process. 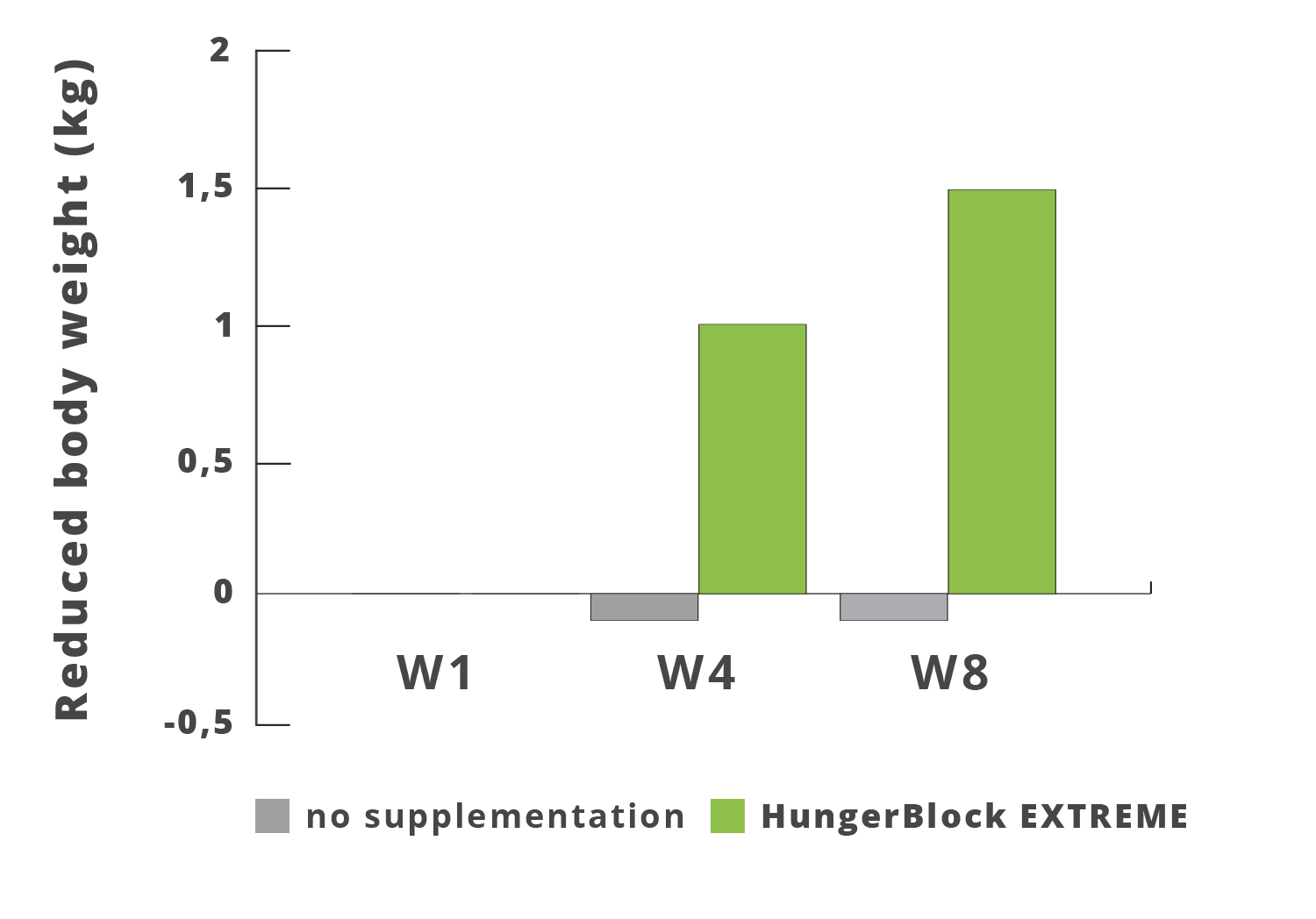 While the group that was given a placebo showed a slight increase in sugar cravings, the group with HungerBlock EXTREME’s mechanism of action experienced considerably less sugar and carb cravings. 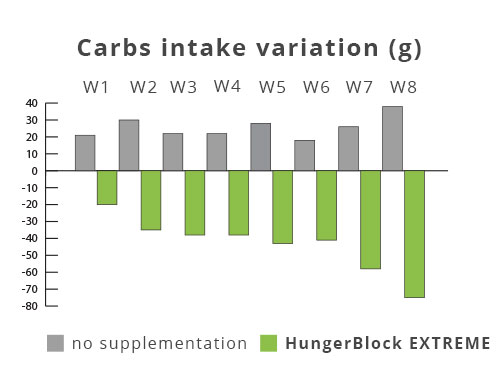 4. Keep your energy levels high despite the increased calorie deficit.

80% of people were very satisfied with their results!

After a few days of supplementing, they reported thinking less often about eating than they did in the beginning. After just 8 weeks, they consumed 600 kcal less a day and lost as much as 9% of their body fat, without losing muscles – or energy!

If they could do it, you can too! Break free from constant hunger and go back to losing weight with HungerBlock EXTREME!

*The effects of the product may vary between individuals and could differ from those described on the website. Our products are not intended to prevent, treat or to cure any disease or serious illness.