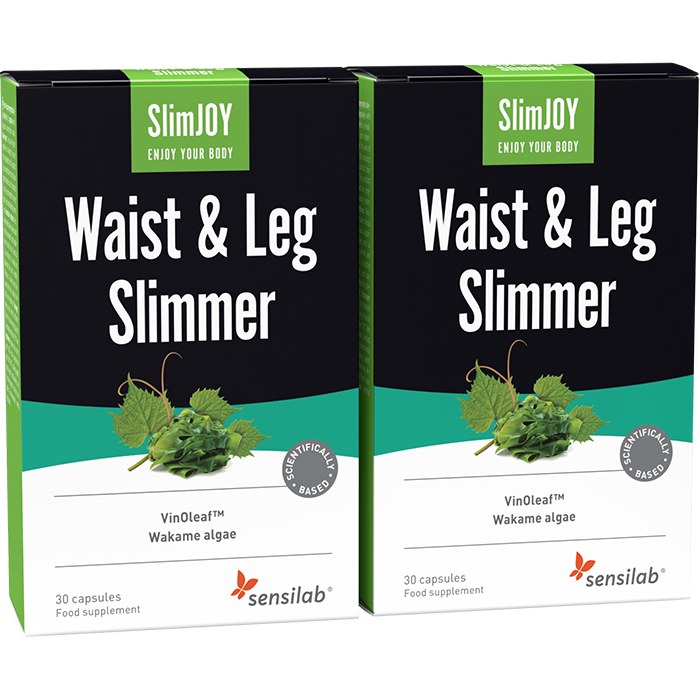 *Disclaimer: The effects of the product may vary between individuals and could differ from those described on the website.

The ultimate e-book for faster weight loss and free access to a 4-week video exercise programme!

Get a slimmer waist and toned legs with one single product: our fat-burning capsules!

With 2-in-1 precision slimming action thanks to powerful plant-based ingredients that specifically target belly fat, waist and legs.

Fat-burning capsules with a targeted effect

Sedentary jobs and lifestyles, stress and food cravings are often related to increased fat accumulation, which leads to:

The secret to slimmer legs and waist!

The wakame algae and red vine leaves have shown remarkable results in removing fat and decreasing swelling in the legs and waist.

Discover the fat-burning benefits of SlimJOY Waist and Leg Slimmer!

Get rid of stubborn fat that is accumulating on your problem areas.

Improved circulation in the lower limbs

The marine plant that burns fat

The main substance in the wakame algae that boosts thermogenesis is a pigment called fucoxanthin which gives the plant its brown colour. A human study** showed that fucoxanthin can decrease belly fat by 16.3%* after 4 weeks*, while also decreasing overall body fat by almost 4%.*

*Disclaimer: The effects of the product may vary between individuals and could differ from those described on the website.

Protects cells and tissues from oxidative stress, improves blood flow to the legs, reduces swelling, and alleviates the feeling of tired and heavy legs.

The recommended daily intake is 2 capsules after a meal.

IDalG ™ is a trademark of Nexira"

Recommended intake is 1 capsule 2x daily with a glass of water after a meal.

If you are hypersensitive or allergic to any of the ingredients of this product or use medication consult your doctor before use.

Keep out of reach of children! Store in a dry and dark place, at a temperature below 25°C.